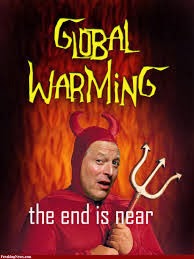 i must have missed something-when did al sell his jet and 2 of his 3 mansions-and i'm sure he donated his speaking fee,you know income inequality and all

Al Gore compared the fight against climate change to the civil rights movement, and called on Princeton graduates to help to do their part at the university’s annual Class Day.
Gore said that American society must agree that there is a problem before it can move to make a change. He recalled a childhood memory in the South about a friend who made a racist remark; his other friends were quick to tell the student to “shut up,” and informed him that such thinking was no longer acceptable.
“They are merchants of doubt who present falsehoods in an effort to confuse people."    Tweet This
In the same way, Gore suggested progress can be made for climate change through changing the discussion.
“After the conversation was changed, the laws were changed,” said Gore.
Similarly, Gore remembered another conversation, when he was a student-nominee member   at the board of Harvard trying to stop apartheid.
“It took some time, and the administration didn’t want to go along with that, but over time it was seen as the right thing to do,” said Gore. “So there will be a conversation, not only about divestment or the EPA’s announcement today, but about the future of human civilization, and I’m going to ask you to help win that conversation.”
Though Gore declared that decisions must be made “on the basis of reason and the best available evidence,” he warned against those who are skeptical on scientific evidence of global warming.
“They are merchants of doubt who present falsehoods in an effort to confuse people to the point where they can’t recognize the truth,” said Gore. “They are doing exactly what the tobacco companies did 40 years ago, they hired actors and dressed them up as doctors.”
Instead, Gore advised students to take a firm position on the issue, arguing that “[t]he will to act is itself a renewable resource.”
Gore was appointed by the senior student body to speak and was made an honorary member of the class of 2014. Typically, the speaker for Class Day is a Princeton alum; however, Gore is a graduate of Harvard.
Class Day co-chair Teddy Schleifer praised the former vice president’s work on the issue.
“Before Al Gore, combating climate change was an issue considered by academics alone. Now, it’s a generational calling that will define the 21st century,” Schleifer said on the university's website.
But Princeton College Republicans president Evan Draim told Campus Reform that Gore’s speech was not only highly political, but representative of what is happening in college campuses across the nation.
“I think this represents a trend in college commencement speeches where liberal speakers such as Gore are given the opportunity to talk, while conservative speakers like Condoleezza Rice are silenced,” said Draim. “Hopefully moving forward there will be more tolerance and freedom of speech in higher education.”
http://www.campusreform.org/?ID=5671&advD=1248,355761