Will You Look At All That Global Warming In Odessa Snow ,. #ukraine. 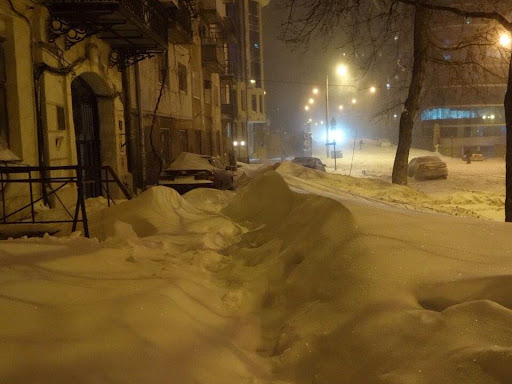 A group of genetic researchers led by Prof Mark Springer from Montclair State University has found that teeth were lost in the common ancestor of all living birds about 116 million years ago (the end of the Early Cretaceous).


Tooth formation in vertebrates is a complicated process that involves many different genes. Of these genes, six are essential for the proper formation of dentin (DSPP) and enamel (AMTN, AMBN, ENAM, AMELX, MMP20).

Songbirds Can Sense Tornado-Producing Storms, Ornithologists Say? Scientists have known for decades that tornadoes produce very strong infrasound – acoustic waves that occur at frequencies below 20 Hz, which is below the normal limits of human hearing. Birds and other animals, however, have been shown to hear infrasound

While tracking a population of golden-winged warblers (Vermivora chrysoptera) in Tennessee in April 2014, a team of ornithologists led by Dr Henry Streby of the University of California, Berkeley discovered that the birds fled their breeding grounds days ahead of the arrival of severe, tornado-producing storms.

“The most curious finding is that the birds left long before the storm arrived (more than 24 hours ahead). At the same time that meteorologists on The Weather Channel were telling us this storm was headed in our direction, the birds were apparently already packing their bags and evacuating the area,” said Dr Streby, who is the lead author of a paper published in the journal Current Biology.
With a big storm brewing, the warblers took off from their breeding ground in the Cumberland Mountains of eastern Tennessee, where they had only just arrived, for an unplanned migratory event.
The birds, according to the scientists, traveled 1,500 km in five days to avoid the tornadic storms…
Post a Comment
Read more

‘Absolutely Breathtaking’: See the Photo From Space That People Are Calling ‘Stunning’ Here comes the sun:

It’s the celestial body that puts the “solar” in “solar system” — and NASA just published an incredible new look at it. Here comes the sun: (Image credit: NASA/JPL-Caltech/GSFC) Below is NASA’s explanation of the picture, taken by the NuSTAR telescope: X-rays stream off the sun in this image showing observations from by NASA’s Nuclear Spectroscopic Telescope Array, or NuSTAR, overlaid on a picture taken by NASA’s Solar Dynamics Observatory (SDO). This is the first picture of the sun taken by NuSTAR. The field of view covers the west limb of the sun. The NuSTAR data, seen in green and blue, reveal solar high-energy emission (green shows energies between 2 and 3 kiloelectron volts, and blue shows energies between 3 and 5 kiloelectron volts). The high-energy X-rays come from gas heated to above 3 million degrees. The red channel represents ultraviolet light captured by SDO at wavelengths of 171 angstroms, and shows the presence of lower-temperature material in the solar atmosphere at 1 m…
Post a Comment
Read more 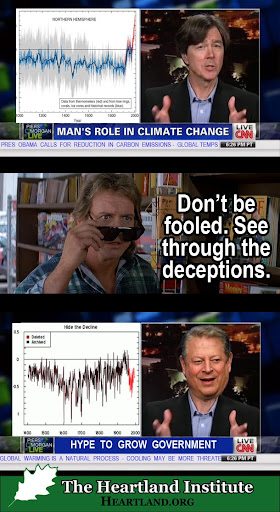 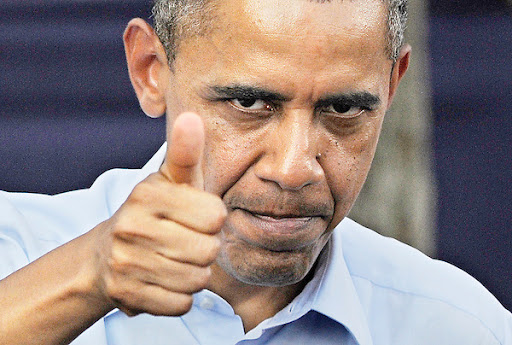 Barack Obama took office on Jan. 20, 2009, the Environmental Protection Agency (EPA) has issued 3,120 new final regulations, equaling 27,854 pages in the Federal Register, totaling approximately 27,854,000 words. Using the Regulations.gov website and data from the Federal Register, CNSNews.com found 3,120 final rules published by the EPA since January 2009 covering  greenhouse gases, air quality, emissions, and hazardous substances, to name a few. The Federal Register publishes documents, including proposed rules, notices, interim rules, corrections, drafts of final rules and final rules but the CNSNews.com tabulation included only the final rules from the EPA. For comparison with those final rules, the Gutenberg Bible is 1,282 pageslong and contains 646,128 words.This means that the new EPA regulations issued by the Obama Administration now contain 21 times as many pages as the Bible and 43 times as many words. Also, the EPA regulations have 25 times as many words as the entire Harr…
Post a Comment
Read more 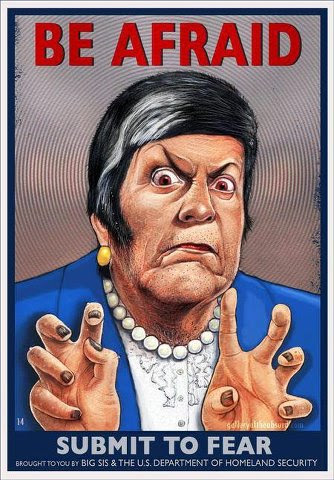 By Mayo Clinic Staff Infectious diseases are disorders caused by organisms — such as bacteria, viruses, fungi or parasites. Many organisms live in and on our bodies. They're normally harmless or even helpful, but under certain conditions, some organisms may cause disease. Some infectious diseases can be passed from person to person. Some are transmitted by bites from insects or animals. And others are acquired by ingesting contaminated food or water or being exposed to organisms in the environment. Signs and symptoms vary depending on the organism causing the infection, but often include fever and fatigue. Mild complaints may respond to rest and home remedies, while some life-threatening infections may require hospitalization. Many infectious diseases, such as measles and chickenpox, can be prevented by vaccines. Frequent and thorough hand-washing also helps protect you from infectious diseases.

In an article at NWAOnline (that would be Northwest Arkansas Online, not the other NWA)…
Post a Comment
Read more 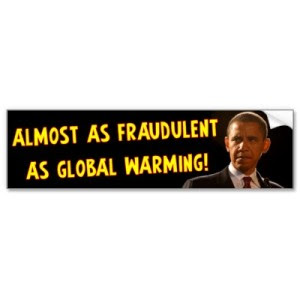 The data may show Earth experienced its hottest year on record in 2014, but that would not be proof humans are causing global warming. It wouldn’t even prove the year was the hottest on record, or even particularly hot.

As early as September, global warming alarmists were claiming 2014 would set the record for highest average global temperature.


While cities and regions in the United States have been breaking record after record for cold temperatures and snowfall, most of the rest of the globe, including the oceans that make up most of Earth’s surface, has been warmer than average. Looking only at the badly flawed land-based temperature measurements, 2014 may be the “hottest year on record.”
But it may not be, since much more accurate satellite temperature measurements indicate 2014 will be a year with only slightly above average temperatures at best.


Assuming for the sake of argument the satellite measurements are wrong, record high temperatures in 2014 would be consiste…
Post a Comment
Read more

Gruber Thinking in Climate Science: Disconnect Between Academia And The Real World. 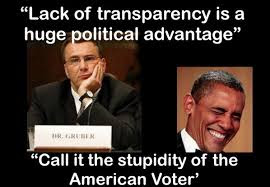 There are many parallels between the Jonathan Gruber story and what has occurred in climate science. Gruber used a computer model to produce justification for a US national healthcare system. This parallels the Intergovernmental Panel on Climate Change (IPCC) use of computer models produced to justify the need for international climate control. They both claim their models are accurate and solid as the basis for draconian policy changes. They both fail to understand that playing with models in a university requires they satisfy research and scientific standards. We don’t know if they do, because so much of what they produce that is critical to proper analysis, such as computer codes, is proprietary. Gruber’s models are proprietary, even if the taxpayer pays him and they are the basis for public policy. They both fail to understand that a different set of standards and responsibilities are applied when you take your lab work in to the public forum.

December 17, 2014
Taking samples from Wyoming sediment cores, the researchers concluded that a global warming episode, probably caused by two massive increases of carbon, (55.5 million to 55.3 million years ago) -- a period known as the Paleocene-Eocene thermal maximum (PETM) -- involved the average annual release of at least 0.9 petagrams (1.98 trillion pounds) of carbon to the atmosphere.?


There may be hope for the planet after all.


A new study has found that atmospheric conditions on Earth about 56 million years ago were similar in many ways to increasing warming that is seen today. The good news is that most species back then survived the hotter conditions, when temperatures rose by 5 to 8 degrees Celsius (9 to 15 degrees Fahrenheit). The bad news? It took the planet millennia to recover.
"There is a positive note in that the world persisted, it did not go down in flames, it has a way of self-correcting and righting itself," said University of Utah geochemist Gabe Bowen, the lead author…
Post a Comment
Read more 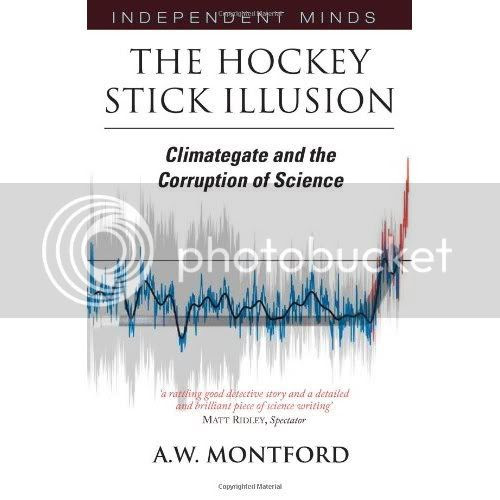 In a moment of supreme irony, Michael Mann, the climatologist who constructed the now debunked hockey stick graph designed to make the case for global warming, has today delivered a lecture on “professional ethics for climate scientists”, Watts Up With That has reported. Mann took to the stage alongside colleague Kent Peacock to “suggest that ethical training could be regularly incorporated into graduate curricula in fields such as climate science and geology,” at the American Geophysical Union’s Fall Meeting, currently taking place in San Francisco.
According to the lecture’s blurb on the AGU’s website, this is necessary as “several authors have warned that climate scientists sometimes exhibit a tendency to “err on the side of least drama” in reporting the risks associated with fossil fuel emissions.

“Scientists are often reluctant to comment on the implications of their work for public policy, despite the fact that because of their expertise they may be among those b…
Post a Comment
Read more

Climate talks in Lima ran into extra time amid rising frustration from developing countries at the “ridiculously low” commitments from rich countries to help pay for cuts in greenhouse gas emissions.


The talks – originally scheduled to wrap up at 12pm after 10 days – are now expected to run well into Saturday , as negotiators huddle over a new draft text many glimpsed for the first time only morning.
The Lima negotiations began on a buoyant note after the US, China and the EU came forward with new commitments to cut carbon pollution. But they were soon brought back down to earth over the perennial divide between rich and poor countries in the negotiations: how should countries share the burden for cutting greenhouse gas emissions, and who should pay?

The talks were designed to draft a blueprint for a global deal to fight climate change, due to be adopted in Paris late next year. But developing countries argued that before signing on they needed to see greater commitments that…
Post a Comment
Read more

As Rainstorm Pummels West Coast, Kerry Links Extreme Weather to Climate Change? A major storm in California and the Pacific Northwest has caused hurricane-force winds and dumped more than seven inches of rain in the worst-hit areas. The storm knocked out power to tens of thousands of homes and canceled several hundred flights. It moved southward overnight, prompting new evacuations. Speaking at the U.N. climate summit in Lima, Peru, Secretary of State John Kerry linked the storm to worsening extreme weather under climate change, which he said poses a major threat 22 years after the Earth Summit in Rio.
Secretary of State John Kerry: "This morning, I woke up in Washington to the television news of a super-storm rainfall in California and Washington state –-torrential, record-breaking rain in record-breaking short time. It’s become commonplace now to hear of record-breaking climate events. But this is 2014, 22 years later, and we’re still on a course leading to tr…
Post a Comment
Read more 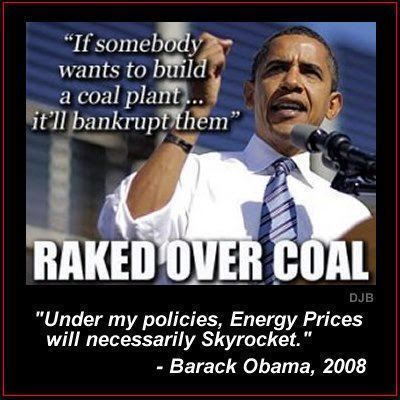