Showing posts from July, 2016
Show all

Claim: Climate disasters increase risk of armed conflict in multi-ethnic countries!: So Now What Blame The American Civil War On Global Warming To? CO2 is the root of all evil. The media release is below. ### Climate disasters increase risk of armed conflict in multi-ethnic countries
Climate disasters like heat-waves or droughts enhance the risk of armed conflicts in countries with high ethnic diversity POTSDAM INSTITUTE FOR CLIMATE IMPACT RESEARCH (PIK) PRINT
This finding, to be published in the Proceedings of the National Academy of Sciences, can help in the design of security policies even more so since future global warming from human-made greenhouse-gas emissions will increase natural disasters and therefore likely also risks of conflicts and migration. “Devastating climate-related natural disasters have a disruptive potential that seems to play out in ethnically fractionalized societies in a particularly tragic way,” says lead author Carl Schleussner from the Berlin think-tank Climate Analytics and the Potsdam Institute for Climate Impact Research (PIK). Almost one quarter of conflicts in ethnically divided countries coincid…
Post a Comment
Read more

Extreme Skier Dies from Injuries In Chile Avalanche, here It's Come Al Gore And Friend's Will Blame Her Death On Global Warming 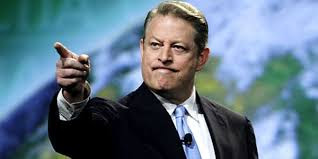 DEVELOPING: An extreme skier who was taking part in a film shoot died from her injuries after she got caught in an avalanche in Chile, her sponsor, Red Bull, announced Monday. Swedish skier Matilda Rapaport, 30, was rushed to a hospital after the July 14 avalanche. She had won the famed Scandinavian Big Mountain Championships in 2011 and the Xtreme Verbier competition in 2013. "A member of the Red Bull family since 2013, Matilda will be missed by the ski community, her fans and her supporters. Along with her many friends, our thoughts are now with her husband Mattias and her family," her sponsor announced in a statement. http://www.foxnews.com/world/2016/07/19/extreme-skier-dies-from-injuries-in-chile-avalanche.html
Post a Comment
Read more

Senate Democra Attack on Climate Skeptics Generates Threat Of Physical Volence Against Skeptic? How IS Gender Equality Bring Applied Here? Here What I have To Say About Your climate science , See The Pic 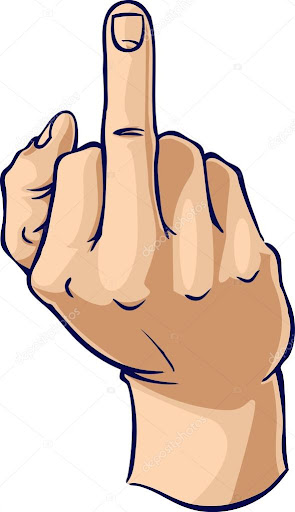 By the middle of this week, about 20 Democratic Senators in the US will have stood up before their congress to talk about the fossil fuelled machinery of climate science denial. The Senators are naming the fossil fuel funders, describing the machinery and calling out the characters that make up a “web of denial”. “The web is so big, because it has so much to protect,” said the Rhode Island Senator Sheldon Whitehouse, who bookended the first evening of speeches. The senate heard how fossil fuel companies such as ExxonMobil, Peabody Energy and the billionaire oil brothers Charles and David Koch had funnelled millions into groups that had spread doubt about the causes of climate change. In a resolution also being tabled, the upper house will be asked to acknowledge that the fossil fuel industry had done just what the tobacco industry had done – “developed a sophisticated and deceitful campaign that funded think tanks and front groups, and paid public relations firms to deny, counter, an…
Post a Comment
Read more

how individuals perceive themselves and what they call themselves?


enators to Expose Web of Denial Blocking Action on Climate
Follow #WebOfDenial and #TimeToCallOut
Washington, DC – Today, Monday, from 4:45 p.m. to 6:45 p.m., tomorrow, Tuesday, from 5 p.m. to 7:30 p.m., and throughout the week,* 19 Senators will take to the Senate floor to call out Koch brothers- and fossil fuel industry-funded groups that have fashioned a web of denial to block action on climate change.

Despite polling that shows over 80 percent of Americans favor action to reduce carbon pollution, Congress has failed to pass comprehensive climate legislation. The Senators will each deliver remarks detailing how interconnected groups – funded by the Koch brothers, major fossil fuel companies like ExxonMobil and Peabody Coal, identity-scrubbing groups like Donors Trust and Donors Capital, and their allies – developed and executed a massive campaign to deceive the public about climate change to halt clima…
Post a Comment
Read more

Clouds move because the wind is carrying the parcel of cloudy air along. Wind occurs at all levels of the atmosphere from the ground up to higher than a jumbo jet can fly. Sometimes there can be no wind on the ground, but cirrus clouds very high up can be seen moving because of the wind where they are.


They’ve analyzed the cloud record? The media release is below. ### Clouds are moving higher, subtropical dry zones expanding, according to satellite analysis
Scripps-led study confirms computerized climate simulations projecting effects of global warming UNIVERSITY OF CALIFORNIA – SAN DIEGO A Scripps Institution of Oceanography at University of California San Diego-led research team analyzing satellite cloud records has found that the cloudy storm tracks on Earth are moving toward the poles and subtropical dry zones are expanding. Cloud tops are also moving higher in the atmosphere. The record confirms computer climate models that have predicted these changes to have taken place during t…
Post a Comment
Read more 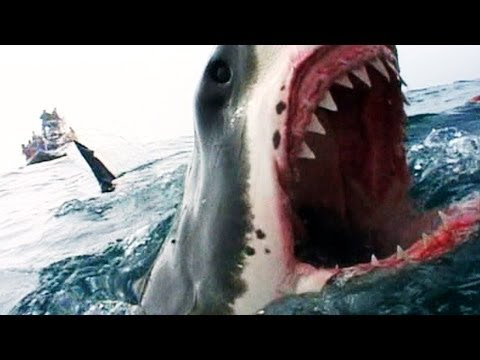 The National Oceanic and Atmospheric Administration (NOAA) explains that sharks do not normally hunt humans, but if they do attack, it is usually a case of mistaken identity. Assuming a large, predatory shark has not been exposed to human flesh before   Many shark biologists distinguish between a bite and an attack based on severity. http://www.livescience.com/51218-shark-attacks-north-carolina.html
Cosmopolitan Magazine warns that 2016 will be a big year for shark attacks around the world and global warming is to blame. In a Cosmo essay shared with EsquireMagazine, Sarah Rense writes that last year saw “a record number of shark attacks” with a total of 98 attacks and six deaths. In comparison, she says, ten years ago there were only 58 attacks. Moreover, experts have predicted that 2016 will be “a big shark attack year,” she writes. Her foregone conclusion? The cause “is largely climate change.” Oddly, Ms. Rense does not examine statistics on numbers of swimmers, or on seal migration pa…
Post a Comment
Read more 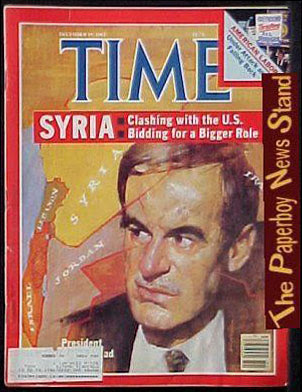 The relationship between Iraq and Syria has a troubled history with many contradictions. It has been strained during most of the countries' recent history. Nevertheless, the two sides are so similar and close that there have been projects to turn them into one entity ever since the founding of postcolonial states in the Arab Middle East.

The first king in Iraq after its separation from the Ottoman Empire was also previously the king of Syria. However, as Iraq and Syria were under the control of two different powers (Britain in the case of Iraq, and France in the case of Syria), they were not governed by King Faisal I during the same period.

The Baath party failed to unify Syria and Iraq, despite the fact that the party’s ideology was based on the idea of Arab unity and its branches ruled the two countries simultaneously. This failure was a result of the unique relationship between the two, one which is characterized by strong similarities and discord at the same time.

Leonardo DiCaprio fly 12,000-mile round trip from LA to St Tropez on the French Riviera. by private jet To cry over Global Warming Oscar-winning actor and global warming activist Leonardo DiCaprio will be giving a speech on manmade global warming later this month. The actor’s busy party schedule will probably require – as it has in the past – that he board a private jet and fly halfway around the world. Some 500 of his Hollywood friends are invited to hear DiCaprio talk about manmade global warming. Even though most of them are based in Los Angeles, the event will take place in Saint Tropez, France – roughly 12,000 miles round trip. The Daily Mail reported:
The reception – the grand-sounding Leonardo DiCaprio Foundation Annual Gala To Fund Climate and Biodiversity Projects – will be held on July 20 at the Bertaud Belieu Vineyards on the French Riviera.
Celebrities including Kate Hudson, Charlize Theron, Cate Blanchett, Marion Cotillard, Penelope Cruz, Robert De Niro, Scarlett Johansson, Arnold Schwarzenegger and Kevin Spacey are all expected to attend, along with a host of international rock and pop st…
Post a Comment
Read more
More posts