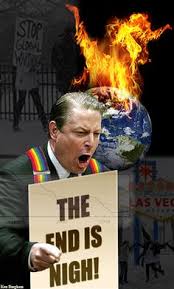 Climate-change alarmists know most Americans don’t take seriously their constant dire warnings about the impending doom caused by man-created global warming, so climate-alarmist researchers are now working to find a way to motivate you to “go green,” and the strategy that’s emerging is disturbing.

In an article written by Andy Murdock of the University of California for Vox, a left-wing website, Murdock asked, “how do you get people to adopt new behaviors to begin with?”

“In terms of behavioral change, we need two things,” said Magali Delmas in the Vox article, in response to Murdock’s question. Delmas is a professor at the Institute of Environment and Sustainability at the University of California at Los Angeles and the Anderson School of Management. “We need first to increase awareness, and then second, we need to find the right motivations for people to change their behavior.”

A study, titled “Nonprice Incentives and Energy Conservation” and co-authored by Delmas, is featured in the Vox article. It seeks to determine how climate-change believers can convince the rest of society to take action.
http://www.theblaze.com/news/2017/04/23/climate-alarmist-researchers-say-theyve-found-a-disturbing-strategy-to-trick-you-into-going-green/