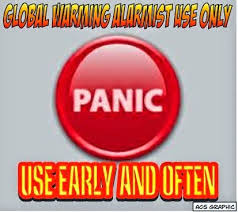 CNSNews.com) – Climate change may be “the most serious challenge we face on the planet,” Secretary of State John Kerry said Monday, saying people don’t need to accept his or Al Gore’s or the U.N.’s word on the matter – just “listen to Mother Nature, who is screaming at us about it.”
Addressing a meeting in New York opening a week of U.N. climate-related events, Kerry said there was still time to prevent the worst impacts of climate change, “but it is absolutely imperative that we decide to move and to act now.”


Kerry compared climate change to terrorism, poverty and the spread of non-conventional weapons and said it could be argued that climate change was the most serious issue of all.


“When you think about terrorism, which we think about a lot today; poverty, which is linked obviously to the levels of terror that we see in the world today; and, of course, proliferation of weapons of mass destruction – all of these are challenges that don’t know any borders.
”
Climate change, he said, “ranks right up there with every single one of the rest of those challenges. You can make a powerful argument that it may be, in fact, the most serious challenge we face on the planet because it’s about the planet itself.


“And today, more than 97 percent of all the peer-reviewed studies ever made confirm that.”
Kerry expressed frustration at congressional opposition to the administration’s climate initiatives, saying “Common sense is not particularly common right now.”


He added that President Obama had acted unilaterally on the issue – a reference to the Climate Action Plan unveiled in a speech at Georgetown University in June 2013 – “because we don’t have a Congress that yet completely buys into it – and we have one house particularly that not only doesn’t but fights back against the science.”


The high-profile meetings at the U.N. this week, including a leaders’ summit hosted by secretary-general Ban Ki-moon on Tuesday, aim to provide momentum ahead of a major U.N. conference in Paris, France in November 2015, when a global agreement on cutting emissions of “greenhouse gases” – carbon dioxide and other substances blamed for climate change – is meant to be adopted.
Kerry on Sunday convened a group of foreign ministers to discuss the issue – a first ever meeting on climate held at that level.


He told Monday’s event that the ministers had “agreed that we would meet again next year to hold all the nations that were there accountable, and to measure ourselves about what the targets are we set as we go into Paris next year.”


Climate on the ‘front burner’ in foreign relations
Kerry, who championed the global warming cause during his almost three decade-long Senate career, stressed the top priority he was giving the matter as secretary of state.


“I’ve also set a directive to every single one of our 275 missions, embassies, consulates, that the chiefs of mission are to put this issue on the front burner in all of our interventions with our – with the host countries, wherever they may be,” he said.


“Well before Paris, we need to make sure that the major economies of the world are publicly putting forward their mitigation goals, and the United States needs to do that before March of next year, and we are committed to doing that.”


Kerry said the agreement to be reached in Paris would be the most important one since the 1997 Kyoto Protocol, the global treaty that required industrialized countries to reduce greenhouse gas emissions.


The 2015 agreement may also be a “demarcation point,” indicating whether or not the international community has the chance of solving climate change, or not, he said.