It was hailed as an “environmentally strong and economically sound” deal by US president Bill Clinton, speaking just after agreement had been reached in 1997.
http://www.climatechangenews.com/2015/02/16/kyoto-protocol-10-years-of-the-worlds-first-climate-
/ 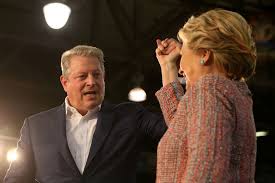 Barack Obama and other climate zealots have been patting themselves on the back for a year about the “historic” Paris Agreement signed last Winter. Celebrated as a powerful, multinational stand against global warming, the endless rounds of self-congratulation has left little room for actual explanation. We are apparently just expected to assume that it’s a “good thing” and ask no further questions.

For academics like Professor David Campbell of Lancaster University Law School, though, that wasn’t quite satisfying enough. In a new paper, Campbell asks the question that Obama and other world leaders would prefer to ignore – namely: “What does the Paris Agreement actually do?”
And in Campbell’s estimation, the answer is: Not a whole hell of a lot.

“Though very widely believed to be inadequate in the target it sets, the Paris Agreement is commonly thought actually to set a binding target of reducing global CO2e emissions so as to limit global warming to 2℃,” writes Campbell. “Proper legal interpretation of the Agreement shows it to set no such target. It rather gives the newly industrializing countries such as China and India a permission to emit as much as they see fit. These countries have been principally responsible for the huge growth in emissions since 1990 and they will be responsible for their continued huge growth until 2030.”
As such, Campbell concludes, the (don’t call it a) treaty isn’t just worthless; it’s actually at odds with the stated goals of climate change activists.

“The Paris Agreement therefore makes the policy of mitigation of global warming impossible,” he writes. “However, this policy has been impossible over the whole of the now more than a quarter century of international climate change policy.”

Indeed, the countries most responsible for carbon emissions are not only free to keep industrializing as they see fit, most of them are actively building as many coal plants as they can afford. India, China, Turkey, Russia, Japan, South Korea, the Netherlands, and dozens of developing countries intend to build thousands of coal-fired power plants over the next 15 years.
In the wealthy Western world, only the U.S. and Canada have stopped expanding coal production in recent years.

Thus, we can see the Paris Agreement for what it really is: A farce intended to weaken America’s place in the global economy and redistribute wealth on an unprecedented scale. For perhaps the first time in history, we are watching the fall of an empire – not due to mistakes or outside forces, but due to the deliberate, intentional decisions of its own elected leaders.
http://www.conservativefreepress.com/politics/worthlessness-paris-climate-agreement/