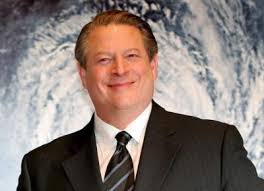 Today the United Sates completes a record 11 straight hurricane season without a major hurricane striking the U.S. mainland, according to the National Oceanic and Atmospheric Administration.
An unprecedented 11 years, one month and six days has passed since the last major hurricane struck the U.S. mainland, according to data going back to 1851compiled by NOAA.
“The 2016 hurricane season will end officially on November 30. Hurricane Wilma was the last major hurricane (on the Saffir-Simpson Hurricane Wind Scale) to strike the U.S. (October 24, 2005),” NOAA spokesman Dennis Feltgen told CNSNews.com.
Major hurricanes, defined on the scale as a Category 3 or above, are characterized by wind speeds of 111 mph or higher and strong storm surges capable of causing “devastating” or “catastrophic” damage.
“It is important to note that this scale covers only the wind impact,” Feltgen noted. “It has nothing to do with the water impact, which accounts for nearly 90 percent of the fatalities - 50 percent of which occur from storm surge and 25 percent from inland flooding.

“The U.S. has seen major impacts from many hurricanes with significantly lower winds on the scale. Sandy in 2012 andMatthew in 2016 are just two examples,” he pointed out.
The U.S. has now experienced more than 11 years of below-normal levels of hurricane activity since 2005, when four major hurricanes – Dennis, Katrina, Rita, and Wilma – struck the continental U.S., killing nearly 4,000 people and causing nearly $160 billion in damages.
Last month, Hurricane Matthew - the first Category 5 hurricane to form in the Atlantic since 2007 – was downgraded to a Category 1 by the time it madelandfall in the U.S. on October 8th, two weeks short of the 11-year anniversary ofHurricane Wilma’s landfall.
About 97 percent of all Atlantic basin hurricanes form during hurricane season, which lasts from June 1st to November 30th. Peak hurricane activity typically occurs between mid-August and late October.


Of the total 991 hurricanes recorded between 1851 and 2015, only 12 have been off-season hurricanes that formed between December and May, according to NOAA. Of those, none made landfall in the continental U.S.