Wildfires in Sevier County, Tennessee.,Gatlinburg Fire's: Death toll rises to 7 And Al Gore Army Will Blame on You Guess It ,Global Warming 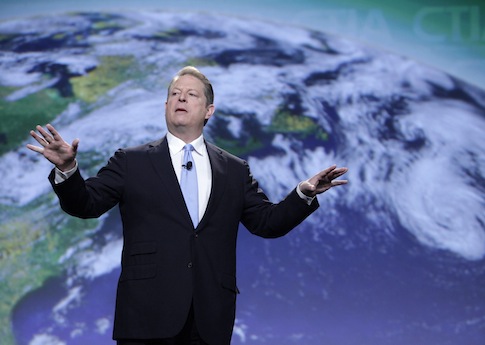 The three additional bodies that have been recovered after fires in Sevier County, Tennessee, were found at the same residence, authorities said.
[Breaking news update, posted at 4:21 p.m. ET]
Officials have recovered the bodies of three more people killed in the wildfires in Sevier County, Tennessee. A total of seven people have died, authorities said Wednesday. Sevier County Mayor Larry Waters says more than 400 structures have been destroyed by fires in the country. Three people were rescued. He thanked "the big guy up above" for the rain Wednesday, which has helped firefighters.
[Previous version, posted at 2:30 p.m.]
James Wood's mother was telling him on the phone that the wildfire that had roared into Gatlinburg had ignited her home.
Then he lost the connection. He hasn't heard from his mom, Alice Hagler, since that Monday night.
Hagler is one of several people said to be missing after wildfires scorched roughly 15,000 acres in a resort-heavy area of eastern Tennessee, showered residents with embers and forced tourists to evacuate from their accommodations.
The fires, which spread with little warning Monday from the Great Smoky Mountains into inhabited areas in and near the resort towns of Gatlinburg and Pigeon Forge, have left at least four people dead and 45 others injured, officials said. More than 250 buildings in the county are said to be damaged or destroyed.
"We had been talking for several hours on and off," Wood told CNN affiliate WATE on Tuesday night. He had been living with his mother at her Gatlinburg house for the last five months but wasn't home that night.
"She called me at 8:30 (p.m.) and said the house was on fire. I told her to get out immediately. We got disconnected and I have not been able to get in touch with her since," said Wood. 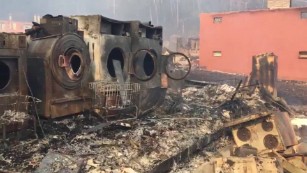 Fire evacuee: It was a firestorm 01:44
Hagler's relatives say they hope she might be taking shelter with someone and just hasn't been able to make contact. It's a hope echoed by several other families who say their loved ones in the Gatlinburg area are missing.
"Our search and rescue teams are going out house by house," Sevier County Mayor Larry Waters told CNN on Wednesday. "There's a few areas that we were unable to get to on Monday night because of the swift nature of the firestorm ... and we're finishing those up today.
http://www.cnn.com/2016/11/30/us/gatlinburg-fires/index.html

Photos: Wildfires scorch the Southeast
Fire crews bring down a dead tree along Highway 9 near the community of Bat Cave, North Carolina, on Friday, November 18.
Hide Caption
13 of 24