Pope challenges climate change deniers? Pope You Are So Full Of Shit , You Don't Even Read Your Bible And Have No Idea , What It Say, Try Looking Up Man Sin Not Global Warming That The Problem . 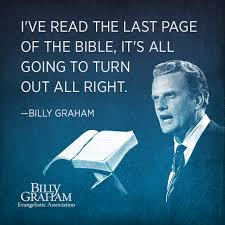 According to The Associated Press, the pope claimed that it is in the best interest of people and policymakers to thoroughly research the theory of climate change before denying its legitimacy, calling it a “moral responsibility.”

“Those who deny [climate change] must go to the scientists and ask them,” the pope said. “They speak very clearly.”
http://www.theblaze.com/news/2017/09/11/pope-challenges-climate-change-deniers-says-trump-should-rethink-daca-repeal-if-hes-truly-pro-life/


With so much chaos and confusion in the world today, many wonder if we are living in the end times. Maybe you’ve heard predictions of when the world will end. Or perhaps you’re too afraid to even think about it. It’s true that the world is straying from God, and the Bible points to several warnings we can see all around us. But, in John 16:33, Jesus Christ says, “In the world you will have tribulation. But take heart; I have overcome the world.”