Seed donor of Gore climate lobby group: Not contributing or ‘following it very much’ anymore — ‘We were all very naive’ 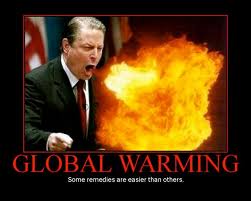 The smaller operation has drawn less interest from the national media — and even from some of the group’s own early backers. Susie Tompkins Buell, a California-based Democratic donor and one of Hillary Clinton’s closest friends, seeded $5 million in 2007 to the organization, but now says she hasn’t “followed it very much” or contributed since.
Buell cited her admiration for Gore — for “sticking with it,” she said in an interview by phone — but acknowledged her frustration at the lack of progress from the group, and the climate movement on the whole. (Last year, she notably declined to contribute to Obama’s reelection campaign because, she said, he had not been “vocal enough” on environmental issues.)
“I don’t regret doing it,” Buell said of her initial donation. “I think, honestly, we were all very naïve. We thought this would catch on. I really felt with the right media, with everything in place, we could really bring this problem to the forefront and really solve it.”